After a harrowing week for gold, gold prices still sit right at the edge of correction territory.

Strong tech stock earnings early in the week were then followed by positive U.S.--EU tariff news and strong economic numbers.

All of this pushed and pulled on the dollar, which moved the price of gold right alongside it. 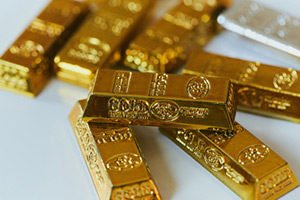 There are several reasons the dollar may be done rising for awhile, and that should help gold.

But a contrarian signal from the futures market may be even more telling - and could cause gold to explode higher in the weeks and months ahead.

Let's look at recent gold price action and then delve into this a bit further...

Why Last Week Could Be a Turning Point for Gold Prices

Gold followed riskier assets a bit higher on Tuesday, with stocks popping after good earnings from Alphabet Inc. (Nasdaq: GOOGL), while the dollar index backed down to 94.45 before closing near 94.60.

On Wednesday (July 25), news emerged that the European Union was preparing $20 billion in tariffs, denting the dollar and sending the DXY to 94.2 by the close.

But stocks also rallied on the announcement that the United States and EU would work together toward zero tariffs. This helped gold rally back by $8 and close at $1,232.

Here's the DXY action of the past week... 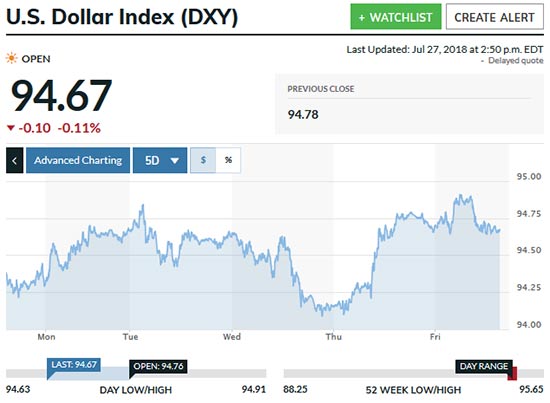 Those gold gains evaporated on Thursday (July 26) as the markets shot higher on looser risk appetites.

I think this might finally be the end of the DXY's pull on gold prices, and the indicator I'm following is making my latest gold price forecast especially bullish...

What This Indicator Means for My Gold Price Prediction

Thank you Peter for your insightful article regarding the price of gold and the US dollar. I always prefer my explanations to be based in fact as opposed to opinions and sentiment. You have earned an avid follower.