Access Your Profit Alerts
Sign Up for Money Morning and get your free report:
"The Best Stocks to Buy Now"
How to Buy Bitcoin
Twitter
Stocks: GRPN

Groupon Inc. (Nasdaq: GRPN) executives are on the hunt for a buyer, and shareholders are asking, "Who will buy Groupon?" 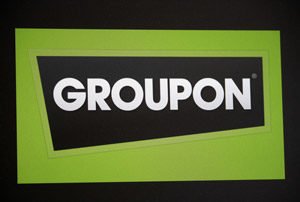 Bankers who represent the company have aggressively been reaching out to several unnamed public companies in June, according to a Recode report.

Here's why they are trying to sell and who may buy…

What We Know About Groupon's Potential Sale

Founder and prior CEO Andrew Mason came up with the idea for Groupon after he ran into roadblocks trying to cancel a cell phone contract.

He believed that there should be a platform that leverages the collective buying power of the public.

But year-over-year revenue declined 7% in Q1 to $625.6 million thanks to the increase in online retailers offering deals and discounts

However, the user base could be a valuable addition for an e-commerce site. Groupon also has an impressive list of partners, which includes Jiffy Lube and Sam's Club.

On top of that, Groupon only has $230 million in debt with $725 million in the bank. If GRPN paid back its debt tomorrow, it would still have $495 million in cash.

That makes it an attractive acquisition.

Here's Who Could Buy Groupon