Apple might have a record-shattering market cap, but you can still own a slice of it for a thievishly low price. Plus, the company is a moneymaking machine, which means you can tap into its supply chain for even more explosive profits...

After Apple Inc. (Nasdaq: AAPL) became the first company to achieve a trillion-dollar market cap on Aug. 2, many investors felt as though they'd missed out on one of the most historic run-ups in Wall Street history.

But they're just missing the bigger picture.

Even after breezing through this historic marker, the company is trading well below the inflated metrics of its peers and the market as a whole. 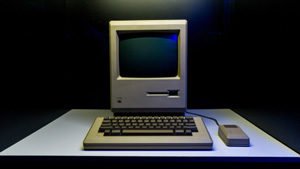 And the tech giant is just getting started. Over the last year, Apple has quietly begun to streamline its supply chain, cutting costs and incorporating new suppliers.

This streamlining is putting millions of dollars in the pockets of small companies, which now have a vital role in producing some the world's most popular products. And it's going to generate immense returns for Apple's shareholders.

We've identified a little-known company that Apple has handpicked to produce a crucial part of Apple's mobile devices.

It's a firm that's behind the tech that makes the iPhone and iPad touch screens possible - and its earnings are set to jump 200% as Apple tightens its belt and maximizes shareholder returns...

With a price/earnings ratio of 18, Apple is trading at an unbelievably low value compared to its industry peers.

And Netflix Inc. (Nasdaq: NFLX), the company's main competitor in the development of streaming content, has a P/E ratio of 155 - despite having a market cap nearly a ninth the size of Apple's.

Apple's low valuation is one of the reasons the company has room to grow. And when you factor in Apple's potential growth, the stock is an even better buy.

That's why Money Morning Defense and Tech Specialist Michael Robinson has a short-term price target of $250 on the company.

"Many on Wall Street doubted my new forecast, saying the iDevice King was suffering from a smartphone sales hangover," Michael told us. "But my $250 price prediction took into account that the company is moving quickly to improve sales of services like Apple Music and away from its dependence on devices."

While Apple expands its lucrative service offerings, Michael says the iPhone is still a profit machine...

"And Apple really delivered when it announced second-quarter 2018 earnings on May 1. Yes, smartphone sales volume slipped a bit, but the company more than made up for that with sales of the higher-margin iPhone X."

Looking at Apple's current financial health, Michael is spot on. According to Apple's recent earnings report, the company has increased its year-over-year revenue by over 37%.

Much of this earnings growth came from Apple's investment in the company's content services like Apple Music or the App Store and generates significant returns for the company - in 2017, the App Store alone generated $40 billion in revenue.

With over 1 billion Apple devices in daily use, the traction this ecosystem provides ensures that the company will have dependable returns regardless of market conditions.

With these kind of returns, Apple is more than likely to hit Michael's $250 price target in the near future. From today's price of $200, that's a gain of 25%.

That's a great return, and Apple stock is one of the best buys you can make. But you can crank up your returns by nearly eight times that amount.

You see, Apple's immense resources also give the company the ability to streamline its production - something the company has pursued aggressively for the last year.

Our Apple profit play has benefited directly from these efforts.

As a supplier of the cutting-edge screens used on the iPhoneX, this supplier is on the front lines of the products that will drive Apple's growth - and profits.

Plus, it boasts a potential 200% share-price gain if you get in now...