U.S. Attorney General Jeff Sessions may hate the marijuana industry, but it's simply too big for him to stop.

Legal cannabis sales in North America reached $10 billion in 2017, and sales will keep climbing. Arcview Market Research projects marijuana sales will reach $24.5 billion by 2021. That's an increase of 145% from 2017. 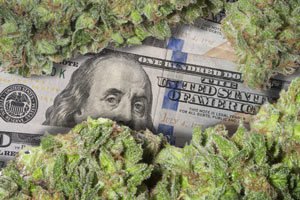 But does Jeff Sessions still have the power to affect your investments in marijuana stocks?

To get the answer, we went directly to some of the top inside sources in the cannabis industry.

Here's what they had to say...

What the Marijuana Industry Thinks of Jeff Sessions

From our sources, one insider believes this is actually one of the best times to buy marijuana stocks, no matter what Sessions says...

David Kram is the Founder and CEO of Silk Road, a socially responsible cannabis brand on a mission to end the opioid crisis and pioneer the future of health and wellness through premium all-in-one CBD and CBD+THC vape pens.

"Sessions is attempting a last-ditch effort to stop cannabis' momentum at the national level, albeit a bit too late. It's clear at this point it's only a matter of time before we get bipartisan support for cannabis reform, and it's important for investors to know that despite the negative headlines from Sessions, the cannabis industry is here to stay and is relatively risk-free at this juncture. Generational investment opportunities exist right now in the nascent cannabis industry. Imagine investing in Anheuser-Busch when it was just a small local business in St Louis... this is the type of highly attractive opportunity that exists right now in the cannabis industry for investors."

Our next source told us that compliant businesses have a lower risk of being targeted by the government...

Nathaniel Gurien is the CEO of FINCANN, a pioneering network of cannabis-friendly financial institutions that can service all segments of the multi-billion-dollar cannabis industry.

"Our informed sources, including federal policymakers and administrators, advise that the DOJ is planning law enforcement action targeted at marijuana licensees with lax compliance protocols in place, as well as all sectors of the unregulated and largely unlicensed hemp-derived CBD vertical. Today's guidance to investors, entrepreneurs, and financial institutions in the space remains the same: the higher one's compliance, transparency, and accounting, the lower the risk of becoming the target of law enforcement."

Renegade Investment Expert: "It's time to double down - or even triple down -on your cannabis investments!" Read more...

Our next source goes as far to say that you shouldn't even listen to what the Trump administration says about marijuana...

Jason Santos is Chair and CEO of BurnTV, a digital lifestyle and entertainment platform embracing the legal cannabis industry. With cannabis culture becoming more mainstream, BurnTV intends to educate, enlighten, and entertain its audience by embracing the new worldview on cannabis.

"There is only one real takeaway from anything someone in this administration says, good or bad, about cannabis legalization: don't listen to them. Everything they say is a non-story and just talk. The reality is that very little is going to happen in this administration, good or bad. There certainly isn't likely going to be any positive advancements under this administration for this industry, just like there is very little to no real action against the state legal industry that will take place. Trump will occasionally say something positive just because he's trolling Sessions. Sessions will keep saying negative things because his mind and views are stuck in 1950. In the end, it's all just stuff to say in the press and Trump isn't going to spend any time legalizing anything, just like Jeff and the DOJ aren't really going to attack anyone other than people who are not complying to state laws."

Finally, our last source tells us that the major issues around cannabis laws is the divide between state and federal government...

"The fundamental issue at hand continues to be the discrepancy between federal and state law. Attorney General Sessions has been very clear that until Congress changes the laws regarding cannabis in the Controlled Substance Act (CSA), he is going to continue to follow the law as it is written. Although I strongly disagree with the AG regarding the social implications surrounding cannabis legalization, I am in 100% agreement with him that Congress needs to fix this issue as soon as possible."

We're happy we were able to give Money Morning readers this exclusive information.

And we think it's especially great news heading into an election year where even more states will legalize cannabis.

In fact, we want to share how you can access the details about four cannabis stocks potentially destined to soar up to 1,000% this election year...

How much richer could select cannabis stocks make YOU in the election year of 2018?

Canadian cannabis stocks might be DOOMED information leaked from some producers is that the government of Canada is going to impose a further 70% tax on ALL producers which makes it not worth while for them to want to keep doing business were seeing company now looking to be bought out before the death blow is announced.