Before the Aug. 13 announcement, SQ did not offer Bitcoin purchasing in New York, Georgia, Hawaii, or Wyoming, according to CoinDesk.com. 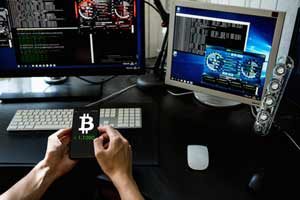 Square generated $37 million in revenue in Q2 from Bitcoin, netting a profit of $420,000 from transactions.

Don't Buy Bitcoin Until You See This: Tom Gentile just shared an urgent video giving the name of a cryptocurrency he thinks could surge in the very near future. Click here to see his crypto trade recommendation now...

Here is a recap of the top five cryptocurrencies by market cap as of 1 p.m. ET:

The Top Cryptocurrency Stories for Aug. 15