The gold price correction we're witnessing has investors wondering if the precious metal is still relevant in today's world. 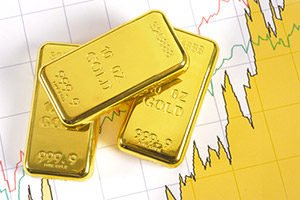 Since April, its seems gold prices only know one direction: down.

The Turkey currency crisis sparked fears of contagion and of spreading to other emerging markets, pushing the U.S. Dollar index to a 14-month high.

Of course, that has the bears mauling and normally steadfast gold owners now shivering in doubt, as gold has given back 11% so far this year.

It's totally possible that gold has lower to go before finding its final bottom.

But the gold sell-off has potentially washed away nearly all the weak hands, setting the stage for, if nothing else, a healthy relief rally.

I'll break down the potential for a rally in my latest gold price prediction in just a bit, but let's look at what led to last week's slide for the price of gold…

Early in the week, it became clearer that gold wasn't turning into the safe haven asset we all thought it would.

With momentum decidedly on the dollar's side, the U.S. Dollar Index (DXY) rallied on concerns about Turkey as investors sought shelter in America's currency. By Wednesday (Aug. 15), the dollar index had momentarily flirted with 97, a level it hasn't seen since June last year. 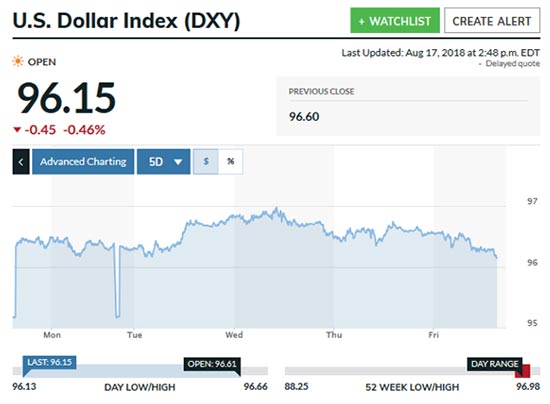 By late Wednesday, as gold was trading in Hong Kong, the priced momentarily dipped all the way to near $1,160 before rapidly recovering to $1,173. That $1,160 has marked the lowest point so far in this correction.

The dollar then started losing some momentum from its Wednesday peak. It managed to hold around 96.6 for most of Thursday (Aug. 16), but then waned as stocks powered higher on the prospects of U.S.–China trade talks.

As the week ended, the dollar index softened even further, touching as low as 96.10. That helped gold rally from its early morning lows around $1,174 to reach $1,182 by late afternoon on Friday (Aug. 17).

But there is a silver lining to the gold price correction.

Once the weak money is flushed out of the gold market, there will be a stronger base to fuel a new gold bull market.

My gold price forecast outlines how that will happen…