The numbers are staggering. Over the next six years, the biotech market is expected to add $593 billion in value - a 419% leap over the size of today's biotech market. 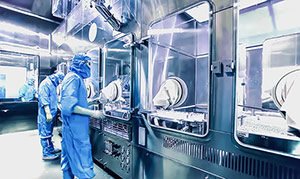 All three of our biotech stocks have a VQScore of 4 - the highest score possible and a clear indicator of strong growth potential.

In fact, our top biotech stock could skyrocket 130% higher...

These acquisitions have led to huge increases in Shire's bottom line over the last three years. Since 2015, Shire's gross profit has jumped from $5.4 million to $11.2 million - a 104% increase.

Acquisition of Shire will allow Takeda to grow its pharmaceutical distribution operation in the United States - an expansion that is sure to boost Shire's bottom line and shareholder returns.

While a 39% gain is substantial, our second-favorite biotech stock is on the verge of delivering a 111% return...

Lack of considerable debt has allowed Corcept to continually reinvest in the distribution and development of the company's flagship drug, Korlym - a treatment for hyperglycemia.

And there's still plenty of room for upside...

But our favorite biotech stock is a company with international distribution for a revolutionary drug - and it's looking at potential returns of over 130%...

Very good info. I read about the 3 stocks and indeed are interesting.