Finding a dividend stock with an iconic brand and a consistent track record of earnings growth is always a plus for value investors. 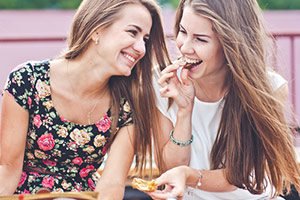 If that company is also finding ways to tap into new, fast-growing segments in its industry, that's even better.

Our pick today is one of the most well-known makers of candy and snack foods in the world, having gotten its start over 100 years ago. But that doesn't mean its growth days are in the rearview mirror.

The company's top five core brands are still growing sales at a compound annual growth rate (CAGR) of 4.3%, more than twice as fast as candy sales throughout the industry.

And a key acquisition in late 2017 has put it into the fastest-growing snack food segment of all, one that has been growing at a 14% CAGR since 2013.

This newest brand has the highest level of customer loyalty in the industry.

The acquisition has already provided an earnings boost. The company beat expectations in each of the last two quarters.

And in July, the company announced a 10% boost in its dividend - which you can lock in if you buy before Aug. 24.

On top of that, our Money Morning Stock VQScore™ system has given this stock a top score, indicating that it's due for a rise.

It's already up 10% in the last three weeks, though, so you'll want to grab it quick...

Since 1894, This Company Has Set Itself Apart - and It Still Does Today

Looking for your guidance.