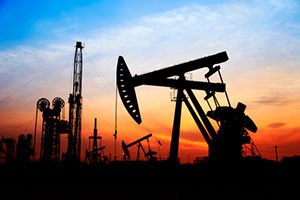 We've seen the term "disruption" everywhere in the media for the past few years. Ride-sharing company Uber disrupted the taxi industry. Amazon.com Inc. (Nasdaq: AMZN) disrupted most of retail and moved into groceries and streaming services. And when you think about it, Ford Motor Co. (NYSE: F) disrupted personal transportation a century ago when it replaced the horse and buggy with motor cars.

Just a few years ago, OPEC was calling the shots. After all, it controlled 40% of all oil produced around the globe.

If OPEC wanted higher prices, it simply cut back on production. We were at its mercy, and those of us who are old enough remember the 1973 Arab Oil Embargo that limited supplies and sent prices soaring for drivers (if they were even able find a gas station with fuel to sell).

The United States was dependent on imported oil. Something had to change. And that made the oil and energy markets ripe for disruption.

It began with technology for hydraulic fracturing (fracking) and horizontal drilling. Oil companies were finally able to exploit huge tracts of shale oil to change the game in a big way. It enabled the United States to leapfrog to the No. 1 producer of oil in the world and even start to export oil.

This Could Crown 100 New Millionaires Every Month for 11 Years: No rain, no life, temperatures of 112 degrees – but these 3,458 acres of "worthless" land sit in a region hiding a $1.4 trillion treasure. And you could get rich helping dig it out. Click here to learn more…

Shale oil is simply crude oil that is extracted from between layers of rock (shale rock). By fracturing the rock, companies can extract the oil and bring it to the surface for refining and sale.

The real news, according to Money Morning Global Energy Strategist Dr. Kent Moors, is that American oil production has become the fulcrum on which international oil trade operates. And the good news is that latest estimates now suggest we are sitting on a 40- to 50-year supply. Although other countries have their own vast shale oil deposits, they are still years away from production, meaning American producers will have a long run of dominance.

And so will investors. The first shale oil revolution minted new millionaires, but this time around the prospects are even better.

Here's Why American Shale Oil Is an Absolute Game-Changer