There's a revolution underway in the legal cannabis industry. And it's about to storm the gates of corporate America.

Some of the nation's largest beverage companies, like Constellation Brands Inc. (NYSE: STZ), are pouring millions of dollars into legal cannabis.

In fact, Constellation just announced it plans to spend $3.8 billion on a stake in Canopy Growth Corp. (Nasdaq: CGC), a leading cannabis company. 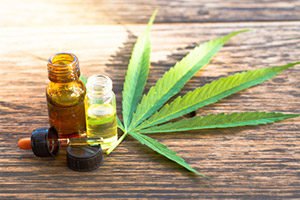 While it may seem like cannabis and alcohol are fighting for the same market share, they're actually complementary. Both industries serve similar needs and face strong regulation.

According to a survey from Deloitte, 60% of recreational cannabis customers refuse to smoke cannabis. Instead, they prefer to consume it via novel products such as edibles... and beverages.

That's why Constellation is just one of many companies joining the cannabis revolution...

In early August, Money Morning Defense and Tech Specialist Michael A. Robinson told his readers that Constellation could double over the next few months. Constellation's investment in Canopy has pushed up Constellation's stock 66% from its August low.

And it's likely to keep going. Constellation wants to buy as much as 50% of Canopy's available shares over the next three years.

However, Constellation isn't the only beverage company breaking into cannabis.

Now, marijuana is still illegal on the U.S. federal level. So it will be a while before these products hit the shelves in the United States.

Nonetheless, Constellation making such a significant investment indicates that the company believes some form of legalization in the United States might be coming down the legislative pipeline in the near future.

And Constellation won't be the last major company looking to cash in when it does...