Although the price of gold struggled through another difficult week, its action suggests some resilience.

Recent price inflation data from the U.S. Commerce Department for July has the indicator finally back at 2%, the Fed's target level. 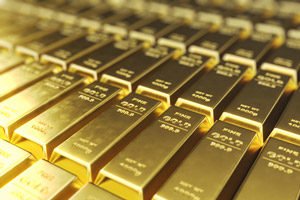 Specifically, it's the core personal consumption expenditures (PCE) price index that the Fed pays most attention to.

This has helped peg the CME Group's FedWatch tool for a September rate hike at 99.8% probability.

I believe the market is looking ahead to that, along with the effects of ongoing emerging markets currencies continuing to weaken substantially, which are supporting the U.S. dollar.

Of course, that makes for gold price headwinds. But gold's price action suggests it may have put in a bullish higher low. What's more, speculators have recently pushed their short positions to outsized record levels.

Here's How the Price of Gold Is Trending Now

Gold prices faced a considerable challenge over the past week, as the U.S. dollar index (DXY) found some renewed strength. The DXY didn't rise back to its recent high of 97, but it did make a run up to near 95.75.

The most notable aspect of gold's action this week was on Tuesday, when the metal dropped to $1,190 just after 10 a.m. Naturally, that coincided nearly perfectly with a surge in the DXY that took the index up to 95.68.

That's been the low for the price of gold since then. On dollar weakness early Thursday that then pushed the DXY back down to 95, gold rose to a momentary $1,205 before the dollar strengthened once again.

Here's the DXY for the past trading week: 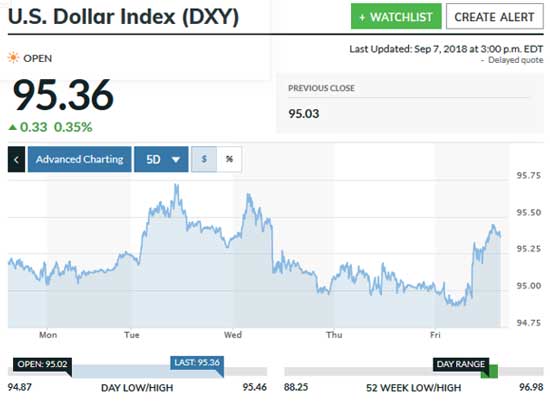 Renewed greenback strength on Friday came as a U.S. employment report was a bit stronger than expected. That pushed gold below $1,200 once again as the metal fought to hold near the $1,197 level and the shortened trading week drew to a close.

Now, here's my outlook for the price of gold from here…

Here's Where the Price of Gold Goes from Here