The life-changing potential in this revolutionary medical procedure is no secret...

In fact, you may have already heard about its potential to not just cure diseases, but to erase them entirely.

Gene editing is a spectacular breakthrough in the treatment for everything from cancer to Alzheimer's. And the conclusion of a patent lawsuit will put billions on the table for one tiny company... 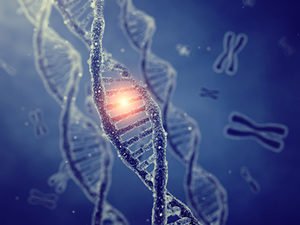 A biomolecular engineer from Harvard developed a microscopic device that can edit the genetic code of any living organism. This device can enter a cell, isolate specific genes, and permanently edit the gene's makeup.

When you consider there are more than 10,000 diseases that come from a single error in your DNA according to the World Health Organization, gene-editing's life-changing potential is unprecedented.

In short, gene editing gives physicians the ability to edit disease-causing errors in your DNA.

Bill Gates even penned an article for Foreign Affairs back in June highlighting the technology's ability to "help humanity overcome some of the biggest and most persistent challenges in global health." Gates was urging scientists and regulators to take advantage of this technology.

The billionaire isn't just talking either. He's already put $75 million of his own money into this technology.

The technology is still in its infancy, and labs and biotech firms have been battling over the patents behind the technology.

University of California-Berkeley scientists claimed recent patents on gene editing infringed on their original patent to work with loose DNA in test tubes, according to Quartz.

The dispute tied up the patents and technology licenses related to gene editing until the legal battle was resolved.

And with the swing of a gavel, a federal judge just rendered a shocking verdict that could ignite a massive revenue surge for one tiny Silicon Valley startup.

At the center of it all, holding a critical license, sits a tiny $6 million company that's about to change the world...

With 40 patents, as well as 500 patents pending, this company has effectively seized a commanding position in the gene-editing market.

In March 2017, this company struck a licensing deal with one of the biggest pharmaceutical companies in the world with $14 billion in revenue.

Another pharmaceutical giant just paid $22 million – up front. Plus, this small company is eligible to receive a share of royalties.

If this tiny $6 million company grabs a mere 0.5% of the pharmaceutical market alone, it would be hauling in roughly $8 billion a year.

Take a look at exactly what that would mean for its revenue in the chart below. 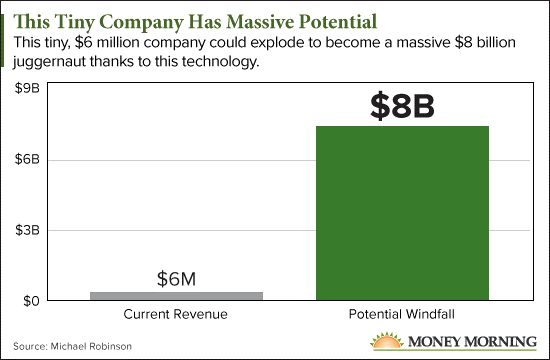 And that's just the beginning.

When a new technology comes along – and the inventor can use patents to block the competition – it can become a blockbuster virtually overnight.

Folks who get in at the right time can become millionaires in a single trade.

That's what happened with Summit Technologies...

Summit was the first company to receive FDA approval for laser eye surgery, back in 1995.

You've probably heard of the procedure: It's called LASIK.

It changed everything and completely revolutionized eye care.

With patents in hand, Summit delivered a massive financial windfall.

Summit was launched with $3.5 million from seed investors.

In May 2000, Alcon Labs – a division of the Swiss conglomerate Nestle – swooped in and bought the company for nearly $893 million in cash!

Folks who saw the potential early had a chance to see an exceptional 255-fold win.

But the gene-editing firm we're eyeballing is more than a one-trick pony like the LASIK procedure.

The $1.6 trillion pharmaceutical sector is only the first target of this tiny $6 million company.

Go here to see how you could claim a spot on the ground floor...

I have been following the 2 main players and have been waiting for the Court Cases to be settled!

This makes me want to invest