It will drive millions of seniors to the brink of bankruptcy and dependency… and beyond. 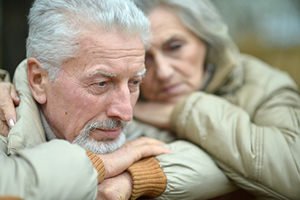