Every year, I attend at least one major hedge fund or asset manager conference.

It's a small perk of working in institutional finance and equity intelligence for a decade.

Every conference is parade of wealth and luxury, to say the least. Central bankers, Wall Street CEOs, and political players are there to mingle and enjoy the lavish amenities. 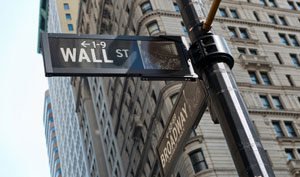 It's a celebration of what we like to call the "Smart Money."

But the reality is it's more of the wealthy's celebration of themselves than anything else.

At least one Hollywood star will be there to give a paid speech and attract some media attention.

A washed up rock band from the 1980s will amp up the nostalgia as attendees relive their glory days.

And there are at least five fondue fountains for some ungodly reason.

I'm not even interested in hearing which stocks money managers are buying.

I'm more interested in how these managers are making money off their clients.

Every money manager in attendance is peddling some recycled money strategy (yet pretending it's a whole new idea) to investors in the audience.

They promise low fees and transparency.

They claim they can multiply returns with leverage.

They'll even promise to beat the market by shorting stocks during a downturn.

I've heard it all before...

What they're actually selling is a way to lock up your capital for seven years, pay you average returns, and compensate themselves handsomely with your money.

It's "rinse and repeat." Every year.

I learned my lesson, so I only attend a conference if one speaker is on the schedule: BlackRock Inc. (NYSE: BLK) CEO Larry Fink.

BlackRock is a world-class money manager and owns a lot of great stocks. But what it's really good at, what I'm interested in, is generating fees for itself.

BlackRock does it better than most hedge funds do, and what I learned could be worth a lot of money to you...

Where Will the Market Go Next?

If I want a clue into where the markets are heading, BlackRock is a pretty good barometer of events on the horizon.

The company is the single largest money manager on earth, and it didn't get there by being wrong about the direction of global trends.

Owning its stock also gives you a back door into the growth of technology giants like Apple Inc. (NASDAQ: AAPL), Microsoft orp.. (NASDAQ: MSFT), and Amazon.com Inc. (NASDAQ: AMZN).

Those three stocks are the firm's top three holdings.

But if you're like me, you want even more than that. You want the extra cherry on top.

You want to pay attention to more than just the $6 trillion in assets BLK manages and the stocks it owns.

You want to tap into the other ways that it makes money...

BlackRock produces a massive amount of money because it continues to tap into the stock market's unquenchable thirst for new products.

And BlackRock is delivering them. The company's iShares products dominate the market for index exchange-traded funds (ETFs). It has the most assets under management of any ETF provider in the world.

ETFs and indexing offer the same benefits to your retirement as smoking a pack a day does to your health.

But if investors are clamoring for them, BlackRock is more than happy to collect their money.

And they're rolling out even more of them because they market isn't even close to tapped out.

Fink says, "Index and ETFs still only represent 10% of the entire equity market global capitalization... And I believe this is just the beginning."

While I'm not going to own an ETF anytime soon, I'll happily follow BlackRock's lead and profit from everyone who does.

But here's the best part...