Over the past few months, something unimaginable has happened.

It's a single change to marijuana law that opens the door to tens of billions of dollars. 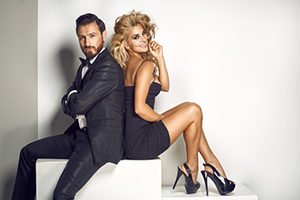 Now, most people probably know that Canada has voted to make marijuana legal.

That means soon you will be able to go and buy cannabis anywhere in the nation.

So in just a second, we're going to introduce you to Michael Robinson, our Defense and Tech Specialist.

Now, in case you aren't familiar with his work, Michael's been the single most respected analyst in Silicon Valley...

He's been nominated for a Pulitzer Prize.

He makes regular appearances on FOX Business Network, CNBC, Bloomberg, and The Street.com to share his perspective on the markets.

And most of all, he's our resident "inside man" when it comes to investing in cutting-edge industries and trends.

Over the last few years, he's found huge wins for our readers in industries like biotech, nanotechnology, cloud computing, cryptocurrencies, and most recently, cannabis.

But he says that's pocket change compared to what's coming down the road on Oct. 17...

I’ve been reading quite a bit about the pot industry being about to explode. I want to learn all that I can about this and other upcoming stocks bound for success.

Hi please advise where I buy stock. I'm new to this.