Legal marijuana sales will kick off in Canada on Oct. 17, and a shocking amount of early money will potentially flow into the country.

From Oct. 17 until the end of the year, Statistics Canada expects the country's legal cannabis sales to soar as high as $1.02 billion. 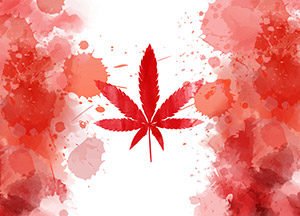 And that's just the start of how much money will be spent on cannabis in Canada.

Canadians spent $4.8 billion on illegal marijuana purchases in Q2, according to High Times. As more dispensaries open and more legal marijuana is sold, money in the black market will flood into the legal market.

So even though $1.02 billion is an impressive number, this early look at sales could be too conservative of an estimate...

You see, this single change to marijuana law opens the door to tens of billions of dollars.

So click here to learn about all the important details...