On Monday (Sept. 24), U.S. President Donald Trump more than quadrupled the number of Chinese imports subject to tariffs in the biggest escalation of the trade war yet.

And China's coming response could hit your portfolio...

The United States imposed tariffs on roughly $200 billion worth of Chinese goods yesterday, bringing to total amount of China's exports under pressure to $250 billion. 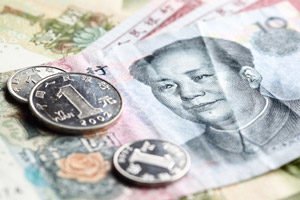 The White House's latest trade war salvo raises the import cost on nearly half of Chinese goods by 10%, tightening the belts of American manufacturers and putting the screws to Beijing in the process.

However, China isn't going to take abuse from the White House lying down.

In fact, China is on track to ramp up aggressive trade war practices that will only lead to further American retaliation, shaking the markets - and your portfolio...

New Tariffs Have All But Launched the Trade War

Following Trump's tariffs on Monday, the Chinese government introduced new tariffs of 5% to 10% on $60 billion worth of U.S. exports.

China's latest round of tariffs on American goods brings to total amount of U.S. exports subject to Chinese tariffs to roughly 90%.

According to Chinese Vice Commerce Minister Wang Shouwen, the United States is forcing them to resort to extreme tactics.

"It is like they are holding a knife to our neck," Shouwen fired back on Tuesday.

In addition to imposing new tariffs, China also took the bold step of removing trade negotiations from the table for the foreseeable future.

China's refusal to send a delegation to negotiate trade has made it increasingly likely that there will be no deal to reduce tariffs before 2019.

In fact, this latest round of tariffs has likely extinguished all chances of an imminent trade deal between the world's greatest economic super powers.

And this escalation is going to hit American consumers - and investors - where it hurts most.

This 15% increase will cause a definite increase in the price of consumer goods in the United States and put further pressure on American manufactures that are already feeling the pressure of higher prices.

You see, the United States intends to force China to the negotiating table with tariffs on $267 billion worth of Chinese imports. However, the Chinese are unlikely to budge.

With manufacturing and consumer costs rising because of tariffs, earnings reports could take a significant blow in the next quarter. And that will send stocks reeling from their recent all-time highs into the unknown.

However, that doesn't mean your wealth has to suffer...