After a brash move of banning cryptocurrency advertisements, Google has come to its senses.

Starting in October, the search engine giant will allow cryptocurrency exchange advertisements in the United States and Japan, according to CoinDesk.com. 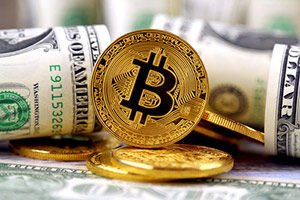 Google has emphasized it will only allow "regulated" trading sites to advertise, and it appears marketing initial coin offerings (ICOs) will still not be allowed.

You see, we are still in the early stages of the cryptocurrency revolution. There are going to be overreactions, like we've seen with advertisement bans from Google, Facebook Inc. (NASDAQ: FB), and Twitter Inc. (NYSE: TWTR).

But once these companies see the growing demand for crypto coins and blockchain products, they will get on board.

Here is a recap of the top five cryptocurrencies by market cap as of 9 a.m. ET:

The Top Cryptocurrency Stories for Sept. 26