Legalizing recreational cannabis could create a $24.5 billion industry by 2021, and we're giving our readers an insider advantage by showing them which states experts believe will legalize recreational marijuana next. 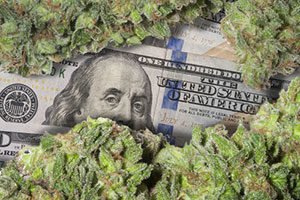 Demand is going to skyrocket when anyone 18 or older is able to buy it legally.

With more equipment to grow more cannabis, growers will have more marijuana plants to sell to dispensaries.

Dispensaries can then sell more cannabis products to consumers.

Security firms, consultation services, and creative entrepreneurs can also cash in on their niches within the cannabis industry.

Some creative entrepreneurs are even becoming weed wedding planners and yoga instructors.

Legalized cannabis isn't a fad. And it's a life-changing opportunity for those who invest early.

The only question to ask yourself is if you want to be a part of the $24.5 billion profit opportunity or sit on the sidelines.

CRITICAL: New Law Expected to Mint the Next Generation of Millionaires - Learn More

That's why today, as a service to Money Morning readers, we tapped into our contacts in the marijuana industry to help uncover which states could legalize marijuana next. That will help you profit by getting in early.

Our contacts identified three states where legalization is likely to happen next, including their top state for legalization to hit next.

And the next state that could legalize recreational marijuana just missed out on passing legalization during the 2016 elections, with 48.68% in favor of it...

So where do I go to invest in this venture?