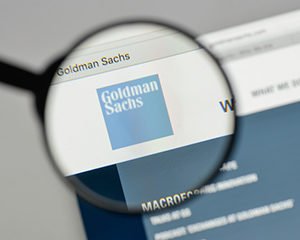 Wall Street loves a good turnaround story. In the banking sector, Goldman has been lagging behind peers like JPMorgan Chase & Co. (NYSE: JPM) and Bank of America Corp. (NYSE: BAC) for most of this year.

The good news is, Wall Street doesn't see it…. yet.

When it does, there are strong odds Goldman will catch up to the others, giving investors a great opportunity for quick profits. In fact, we've found a way you can double your money.

The question is why will Goldman make such a move? Fitz-Gerald likes the company's changes to its leadership ranks. It is one of those catalysts that can get a stock's juices flowing.

1 – The firm's new CEO, David Solomon, takes over Sept. 30. He has broad experience on Wall Street with a strong path to top leadership. His bold style should give Goldman the swift kick it needs to get back on top of the field.

2 – Solomon named Stephen Scherr and CFO, John Waldron as president, and Tim O'Neill as its vice chair. A well-rounded and handpicked team will soon be in place.

As Fitz-Gerald noted, these and other moves suggest the new boss has three priorities: 1) further expanding into consumer banking, 2) pushing deeper into commercial banking, and 3) expanding Goldman's client "footprint."

It's a big change from Goldman's trading-centric culture – a relic of the Gordon Gekko-inspired 1908s. The shift to relationship-centric businesses could be worth billions to the bottom line.

And with this strategy, Fitz-Gerald thinks you can double your money on GS within the next two months…

How to Double Your Money on Goldman's Resurgence

I’ve been trading options since June. I have much to learn and appreciate all of your advice and analysis.
Have a great weekend.