As far as we know, he's the only undefeated individual in this entire industry.

Then that's exactly what he'll do! 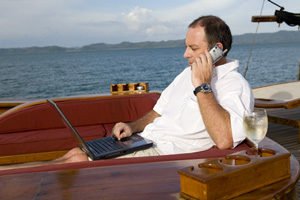 This isn't a side job or hobby for him. It's his livelihood.

NO ONE can predict the future price of a stock. If anyone tells you otherwise, IGNORE THEM.

There are no magic rings, flying monkeys, or mystical unicorns on stock charts that tell you when to buy and sell shares.

These are nothing but gimmicks crafted by lazy people who have ZERO talent, big egos, and the attention span of a four-year-old.

All he cares about is one thing – WINNING, pure and simple…

He's Extremely Picky About Where He Puts His Money

His undefeated status means EVERYTHING to him… he will never RISK anything to lose it.

So he treats every investment like a life-or-death situation.

At this point, nothing could be more harmful than making a losing trade recommendation.

Did You Miss This Epic Event? An undefeated strategist exposed his secret to 119 wins, 0 realized losses. Hurry – because if you don't watch the replay now, you may miss out forever…

That's why if he's not comfortable putting $1 million of his own money into a stock, he won't recommend touching it – not with a 10-foot pole.

And he's ONLY interested in applying his methodology to certain subsectors of the market – areas he's personally had a TON of success in, and though he doesn't have a crystal ball, he plans on keeping up the pace.

In case you didn't know, he has made 119 trade recommendations with zero realized losses.

Unless the world ends tomorrow, he sees no reason why that would ever change.

The question now is…

Do you want to join the ONLY UNDEFEATED team in the league?

Long may he retain that undefeated position!!