In October 2013, Money Morning Defense and Tech Specialist Michael A. Robinson predicted that Amazon.com Inc. (NASDAQ: AMZN) was destined to hit $1,000 per share.

According to Michael, his bold price prediction "had to do with [his] thesis that high tech is vital to our economy and your investment portfolio... the road to wealth is paved by tech." 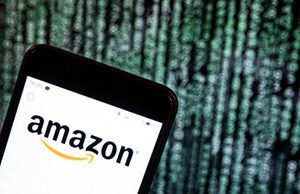 Five years later, little has changed for Michael and his belief in Amazon stock.

Except for the price of Amazon's stock. Since Michael's prediction, AMZN stock has entered the stratosphere, climbing 452% over the last five years. At the time of writing, the company's stock is only $4 away from breaking the $2,000 barrier.

Amazon's astonishing rise has exceeded Michael's expectations - and has driven him to make another astonishing price call for this tech juggernaut...

When Amazon crossed the $1,000 market on May 31, 2017, TV host Jim Cramer issued a dire warning for Amazon investors.

According to Cramer, the $1,000 mark was a psychological barrier for investors, one that would likely result in the end of the company's "bubble."

As we know now, the host of "Mad Money" could not have been more off the mark. Amazon stock has nearly doubled since the stock blew through the $1,000 mark 18 months ago.

Michael often refers to Cramer's price call as a "cautionary broadcast" - one that investors should have taken with a big grain of salt.

Michael doesn't like to brag, but he nailed his last Amazon price prediction thanks to his 34 years of experience in Silicon Valley and a proven track record of identifying the market's next big tech winners.

As Michael points out, much of media has been thrown off of Amazon because of fears of a tech bubble. But they couldn't be further from the truth. Michael has long argued that "tech has become the key driver for the U.S. economy in a way we haven't seen before."

That's why he's issued a new Amazon price prediction - one that's even bolder than the last one...