Coinbase was valued at $1.5 billion last summer, and just a year later, the crypto exchange could be worth 433% more.

Coinbase wants to raise up to $500 million in a new funding round with an $8 billion valuation.

And they're probably going to get that valuation... 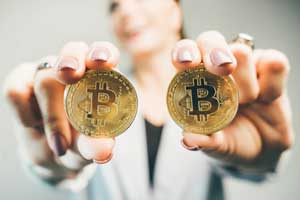 While it hasn't disclosed specifics, Coinbase is profitable, according to CoinDesk.com.

The cryptocurrency exchange is expected to go public soon, and it just added Chris Dodds of Charles Schwab Corp. (NYSE: SCHW) to its board.

Here is a recap of the top five cryptocurrencies by market cap as of 9:30 a.m. ET:

The Top Cryptocurrency Stories for Oct. 3