There are plenty of tools in the trader's arsenal, but technical analysis is the best way to find the most profitable trades. And one technical indicator stands alone above the rest...

Technical analysis of the stock market is the study of price movements in the market. This analysis is done by plotting price action on a chart, which forms patterns, and successful interpretation of these patterns can give any trader the edge. 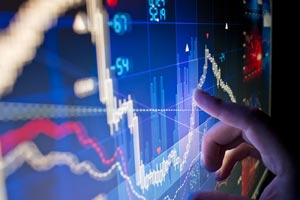 It adds value to your investment plan by identifying market conditions that are bullish, bearish, or just simply undecided.

What it does not do is divine the future like a fortune-teller.

Charts exploit the idea that people tend to do the similar things when faced with similar conditions. When certain patterns form, people tend to take similar actions as they did the last time the pattern emerged.

There are as many technical indicators out there as there are technical analysts.

However, one of the best indicators is also the simplest to track...

What Is the MACD Indicator?

One of them is called the moving average convergence divergence (MACD) index, and aside from being a mouthful to say, it is widely believed to identify when the market is starting to make a move.

That's all we really want from an indicator.

Tell me when the market is changing to a certain condition, and I'll do the rest. Black box indicators that just spit out buy and sell commands cannot adapt with the markets, so they'll work for a while... and then they won't.

Of course, that is very simplified. Think of a moving average as a tool to smooth out the noise and find the underlying trend in the stock price.

Shorter moving averages react to price changes faster than longer moving averages. MACD exploits this fact as it measures how two averages of different lengths dance around each other as the underlying stock price moves up and down.

The expanding and contracting difference between the two averages gives us good information about the trend and the possibility that it is changing.

Now that you know the basics behind the MACD indicator, let's take a look at how you can use this tool to spot your next profit opportunity...

How to Use the MACD to Make Profitable Trades

The MACD is constructed by calculating the difference between a 12-day short-term exponentially smoothed moving average (EMA) and a long-term 26-day EMA.

A second line, called the signal line, is typically a nine-day EMA of the MACD line. The interaction between the MACD and signal lines gives us even more information.

It sounds complicated, but it's really not.

You can look at a MACD chart this way or use the histogram chart usually attached to it. The histogram is the portion on the bottom of the chart that measures the difference between the two lines and lets you know quickly if that difference is expanding or contracting.

For example, if a stock is about to peak and head lower, it typically slows down its ascent before dropping. The MACD histogram gets smaller at the same time, so it is easy to keep track.

And when the histogram goes negative, we know the MACD and signal lines just crossed.

Voila! Time to be more bearish.

Now, this is just one way of assessing the markets, and the patterns won't hold every single time. Not every crossover results in a nice drop in the stock's price, but it is a great way to narrow down your list of stock candidates so you can look at each one more closely.

And here's exactly how Tom uses the MACD to find potential trade targets...