Money will flood into the Canadian marijuana market on Oct. 17, the day our neighbors up north legalize all marijuana use.

And it could send the share prices of Canadian marijuana stocks absolutely vertical... 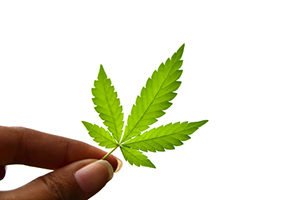 That means those projections may be too conservative with Canada on the edge of a full-blown cannabis revolution.

That's why we wanted to provide you with a list of three Canadian marijuana stocks to watch before Oct. 17. While these aren't our recommendations (we'll show you how to access those later), they are some of the most talked-about pot stocks on the market.

And the first Canadian pot stock on our list just made a 25 million--Canadian dollar acquisition to "complement and accelerate" new types of consumer products...

Canadian Marijuana Stocks to Watch in October, No. 3: Canopy Growth

On Oct. 15, Canopy Growth Corp. (NYSE: CGC) announced it would acquire the assets of ebbu Inc., a cannabis research company.

And there are three words in particular from the press release that caught our attention...

Canaccord Genuity projects the marijuana-infused beverage industry will be worth $600 million by 2022.

That may sound small compared to the $10 billion in legal cannabis sales in 2017, but remember, this is a completely new category.

It's not going to take long before cannabis-infused beverages become a billion-dollar segment in the marijuana market, a segment Canopy could dominate with this acquisition.

The next Canadian marijuana stock on our list has the whole investing world talking, as the stock price has climbed 500% in less than six months...

Canadian Marijuana Stocks to Watch in October, No. 2: Tilray Inc.

And shareholders of TLRY have been on a wild ride in the past month...

In the short term, it would be hard for Tilray to replicate these gains over the next year.

And that brings us to the last Canadian marijuana stock to watch on our list.

This Canadian cannabis company has a unique growth strategy that has almost doubled its investments to nearly $1 billion.

That's on top of its own revenue, making this one of the best Canadian marijuana stock to watch ahead of legalization...