The Dow Jones Industrial Average pulled back from yesterday's 548-point gain as investors waited for the U.S. Federal Reserve to release minutes from September's meeting on monetary policy. In September, the Fed raised rates for the third time in 2018. Today's report will provide additional clues on whether the central bank has committed to a fourth rate hike later this year.

U.S. President Donald Trump has been highly critical of the central bank's efforts to normalize rates, and the uptick on borrowing costs could slow growth in the U.S. economy. Last week, markets were rattled after the 10-year Treasury bond hit its highest level in seven years.

Critical Update: You're Invited to the First-Ever National Event for Cannabis Investors. Click Here to Register for This Free Online Event. 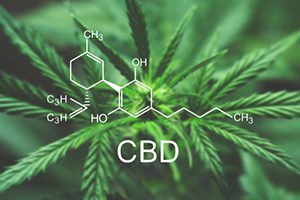 He's connected on Capitol Hill. He golfs with the president. And he knows all the major players in the cannabis industry. Make no mistake, Speaker Boehner has the inside track on the future of this green gold rush. And on Tuesday, Oct. 23, he's agreed to take you deep inside our nation's most controversial, most misunderstood, and what's quickly becoming our most lucrative industry.

Just click here to register for this free, once-in-a-lifetime event.