Walmart Inc. (NYSE: WMT) might be one of the biggest retailers in North America, but it's never lost sight of its conservative Arkansas roots.

That's why many are surprised to learn that Walmart could begin selling cannabis products in their more than 400 Canadian stores.

But we're not surprised.

Here's everything you need to know about Walmart's potential cannabis sales...

Why Walmart Could Sell Cannabis Products

Now, why would a company as conservative as Walmart be interested in selling cannabis products? After all, Walmart has made its stance clear in the past. It even refused to cover medicinal cannabis prescriptions for its employees.

But now that Canada has fully legalized marijuana for all uses, the profit potential is simply too much to ignore. Even for Walmart.

Canada's marijuana industry was valued at an incredible $31 billion before cannabis was legalized today. The growth potential now that Canadians can buy cannabis anywhere is simply off the charts.

Now, Walmart has no plans to directly sell marijuana to its customers, but its Canadian division is looking at a plan to eventually sell a cannabis derivative called cannabidiol, or CBD. While Walmart is still in the explorative stage and there's no guarantee it will end up selling CBD, we're encouraged just by the possibility. 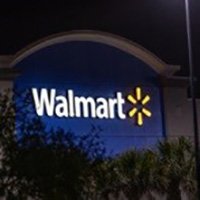 CBD is a non-psychoactive extract from the cannabis plant. It's used to treat a number of health conditions, from stress to epilepsy, and it's used increasingly as a supplement.

And other big brands are getting involved, too.

For instance, Coca-Cola Co. (NYSE: KO) has shown interest in getting into the CBD business. It's in talks with Aurora Cannabis Inc. (OTCMKTS: ACBFF) about developing a cannabis health drink. Aurora stock soared 60% higher since the talks were divulged Sept. 17.

Between the potential profits behind cannabis legalization and the potential health benefits cannabis-based medicines have, these won't be the only major brands to get involved in the industry.

And Walmart isn't alone in changing its stance on cannabis, either.

While in office, former Speaker of the House John Boehner was one of the staunchest opponents of cannabis. Now, thanks to a dramatic change of heart, he's one of its biggest allies. And today, he's inviting you to be a part of history.

Speaker Boehner has agreed to host the first-ever national event on cannabis on Tuesday, Oct. 23, where he'll break down everything you need to know to profit from this unstoppable economic revolution.

Make no mistake, your reward for attending could be the kind of wealth that lasts for generations. Simply click here to register for this exclusive event.