Mainstream outlets are throwing together haphazard lists of gambling stocks to buy because legal sports betting is spreading across the United States. But we're focusing on making real money instead... 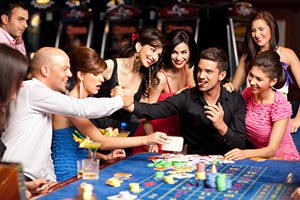 Baldwin made the case Dover was an attractive acquisition target, and he was right. On July 23, Dover announced it was selling to Twin River Worldwide Holdings.

Baldwin was at it again on Aug. 3, uncovering Nevada Gold & Casinos Inc. (NYSEAMERICAN: UWN) as another winner. At the time, UWN was trading for $2.15 per share.

On Sept. 18, Nevada Gold & Casinos announced it was selling for $2.50 per share to Maverick Casinos LLC.

By just clicking a few buttons, you earned a 16.27% profit in a little over a month.

That was a good start for 2018, and we're going to share more profit opportunities in the casino and sports betting industry as they present themselves.

But I also wanted to start looking ahead to 2019 because we aren't just going to take victory laps for our previous winners.

We want our readers to keep making money.

And to get expert insight on where to uncover new profit opportunities or pitfalls to avoid, I had to talk with Bill Pascrell, III, a partner at Princeton Public Affairs Group.

Pascrell is an internationally recognized authority on legal sports betting, so he has insight you're not going to find anywhere else.

"The gaming companies that are nimble, tech-savvy, focused on millennials and gen-ex customers with different interests than traditional casino patrons, and who deploy strong market outreach will succeed and grow," Pascrell told me.

And for 2019, he says these are the six biggest developments to watch...

The Biggest Developments for the Gambling Industry in 2019

Pascrell told me there were six profit opportunities in the gambling industry to watch:

I want to thank Mr. Pascrell for sharing this great insight, and we'll be sure to keep our readers in the loop on breaking developments in the casino and gambling industry.