The financial expert who predicted both the dot-com crash and the 2008 crash warns the next one could be just days away.

In fact, his research says by Wednesday, Oct. 31, 2018, the average stock traded on Wall Street could collapse by at least half.

And this won't be a "flash crash" that's over before you know it. 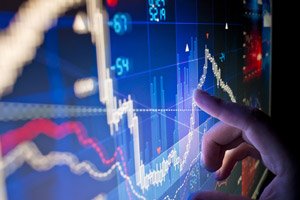 It will be – by far – the most painful stock market crash in memory.

Now, U.S. pension plans are already defaulting left and right. They are breaking the promises they made to current and future retirees. Even worse, the deficit is so massive there's nothing U.S. President Donald Trump or Congress can do about it now. It's more than six times Washington's 2017 deficit.

And the Pension Benefit Guaranty Corporation – the fund Washington created to backstop these funds – is already worse than broke. The PBGC is nearly $80 billion in the red.

Between now and Oct. 31 – as these funds begin to crash – they will push 31 million pensioners, the U.S. stock and bond markets, and the entire U.S. economy to the brink of catastrophe.

For one thing, if you get started now, there's still time to prepare.

And for another, there's plenty you can do to protect yourself.

What's more, it's easy to do. You can begin protecting everything you own in just a few minutes.

And if you play your cards right, this great pension time bomb could also make you quite a bit wealthier.