Marijuana became legal in Canada on Oct. 17, and that's just one big reason to know more about the biggest pot stocks to watch this week. 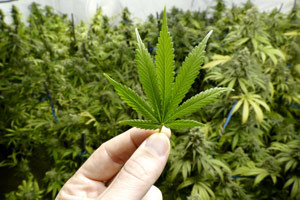 You see, legalization leads to more people buying cannabis; more companies growing, distributing, and selling it; and more companies experimenting with the medical benefits of cannabis.

Legalized cannabis could be an explosive catalyst, and we're bringing you the top pot stocks to watch in October to help you cash in.

Pot Stocks to Watch This Week, No. 2: GW Pharmaceuticals

But the profit opportunity from this next pot stock to watch could be even bigger...