You’ve probably already heard China is one of the hottest places to invest in right now. But the reason why might come as a surprise.

I’m not talking about the same reasons for investing in China you’ve heard repeated for years. 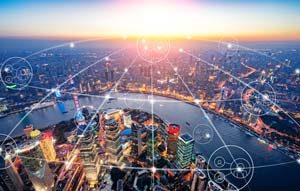 China already has the world’s largest economy when you factor in population size. It will be the largest economy outright in just a decade. Its 6.5% GDP growth is triple that of the United States’.

That’s all true, of course, but there’s an even better reason.

This catalyst is isolated from the trade war too, so you don’t need to worry about tariffs or any of the back and forth with Washington.

Plus, it could fuel the sort of growth that could double your money in just a year.

And that’s just the beginning…

The Internet has kicked off a tech revolution in the United States.

FANG stocks like Alphabet Inc. (NASDAQ: GOOGL) and Apple Inc. (NASDAQ: AAPL) have rocketed higher thanks to their pioneering use of the Internet. Apple is already worth over $1 trillion, and Alphabet very well could be next.

In Case You Missed It: Former Speaker of the House John Boehner was once marijuana’s biggest enemy… now he’s advising Americans to go “ALL IN” on cannabis. To see his shocking prediction, click here…

That’s not to mention the hundreds, if not thousands, of other companies who’ve made a fortune from the Internet.

Smaller companies from eBay Inc. (NASDAQ: EBAY) to Expedia Group Inc. (NASDAQ: EXPE) have harnessed the Internet to make their shareholders a fortune.

Now, this same Internet revolution is just getting started in China, and it will be much bigger than what happened in the United States. 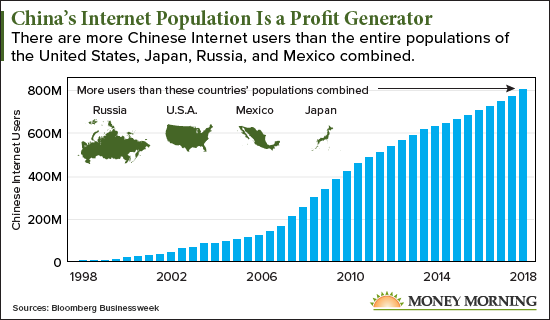 There are more people connected to the Internet in China than the entire populations of the United States, Russia, Japan, and Mexico combined.

And while China has three times more active Internet users than the United States does, it’s still in the early stages of harnessing it for economic growth.

China’s e-commerce industry could more than double in size between 2017 and 2022 according to Statista.

That’s great news for investors who get in on this massive Internet boom right now.

In fact, one of our investing experts predicts it could make you a millionaire…

How to Play China’s Internet Boom for Life-Changing Wealth