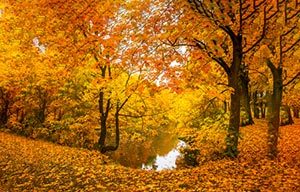 Despite the two nice rally days to bring October to a close, October was a brutal month for investors. For the month, the S&P 500 lost 6.9%, and the VIX – the CBOE volatility index – is up more than 72% since Oct. 1. The tech-heavy Nasdaq shed 9.2% last month as some of the favorite momentum winners got crushed.

Pundits will say that the market emerged from "correction territory," which they define as a loss of 10% or more from a recent high. It sounds good, doesn't it? The market "emerged." Therefore, the worst must be over.

While fear, as measured by the VIX, was elevated, Money Morning Quantitative Specialist Chris Johnson thinks people were not fearful enough.

Fear gripping the market is almost always bearish for stocks. However, when it gets to extreme levels of fear, it actually becomes bullish. Why? Because theoretically, when everyone is so fearful, they've probably already sold their shares. Supply dries up, and the market becomes ripe for an uptick in demand.

Johnson said we are not at that extreme. In other words, investors are still a bit too bullish given what is going on. And he's found the perfect way to profit now in this environment.

In most situations, hope is a positive attribute. However, in the market, hope leads investors down the wrong path.

Perhaps you've heard about markets climbing a "wall of worry"? That means they go up even though most people remain doubters. The opposite is called the "slope of hope," and that is when the market slides lower while most people still think it will come back.

That's what Johnson is implying. There has not been enough punishment doled out to call for a real bottom.

Why This Drop Is Not the Same as the Last Drop

In February, during the last big correction, we ultimately saw a decline of 12% or so. But the 200-day moving average stepped up to save the day, offering solid technical support for a rally that lasted through the end of summer.

The market of today crashed right though its 200-day average in October.

The VIX spiked up to 50.30 in February, indicating extreme fear. In today's market, the highest it reached in October was 28.84. That's fearful, but nowhere near what we usually see at tradeable bottoms.

How to Profit Now and Protect Your Portfolio When Markets Fall