Tuesday's midterm elections failed to deliver the "Blue Wave" the media had hyped for months.

But it could revive balance between the Republicans and Democrats in Washington, D.C. 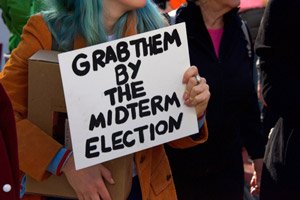 Two possible doors of bipartisan success have reopened today (Nov. 7). The first is marijuana reform, which will require a bipartisan approach in Congress and the removal of Attorney General Jeff Sessions.

The second could come sooner.

U.S. President Donald Trump has long advocated for infrastructure spending of $1 trillion to $1.5 trillion. It's one of the few issues Democrats agree with him on, making it a potentially massive catalyst for the construction industry.

And it's making one little-known stock a must-buy right now...

Representative Steny Hoyer, a loyal lieutenant to Nancy Pelosi, told The New York Times today that infrastructure is a major priority for Democrats in the first few months back in control of the House.

That's why shares of construction stocks are moving higher today. Shares of Caterpillar Inc. (NYSE: CAT) climbed 3% today in the wake of Democrats' victory in the House of Representatives.

Democrats have already outlined a more liberal approach to funding $1 trillion in infrastructure spending, which Republicans would likely oppose. Hoyer said that House Democrats would rely on President Trump to bridge the gap and push through a platform.

In an odd echo of bipartisan spirit, Hoyer's statements mirrored those of Vice President Mike Pence, who said before the election that infrastructure was a top priority for the Trump administration right after the new Congress is sworn in.

Pence said that the bill would rebuild not just roads and bridges, but also "highways and byways, and ports and airports."

As we've seen with Caterpillar, industrial stocks are already taking off on speculations about the future of U.S. infrastructure.

But how do you know which is the best infrastructure stock to buy right now?

I have you covered.

In the next 12 months alone, this surprising winner from the 2018 midterm elections could nearly double in price...