A renewed surge in strength for the U.S. dollar sunk gold prices over the past week, but we're about to enter gold's strongest season of the year.

As the U.S. Dollar Index (DXY) made a renewed run to about 97.50, stocks and commodities suffered the consequences. 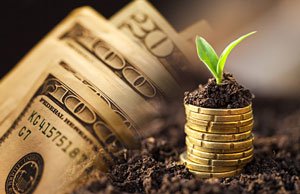 It seems the White House is being pressured by big business to finally cut a deal with China, which U.S. President Donald Trump has recently said was near.

That, combined with a weaker pound on Brexit concerns and a weaker euro on Italian crisis worries, have conspired for a dollar rally that has pushed oil and commodities lower.

But the rout in equities may not be over yet as stocks struggle to maintain any gains for the year so far. The Dow plummeted nearly 600 points yesterday (Nov. 12).

Still, as we work through what is gold's strongest seasonal period of the year, we'll have to see if dollar strength will be enough to hold back the metal of kings.

I'll show you exactly why I think the price of gold is positioned to gain over the next two months, even in the face of a strengthening dollar. But first, let's take a look at the gold price action over the last week...

Without any question, it was a rough week for gold prices, which couldn't get any traction to push higher.

With estimates for the October U.S. CPI to come in at 2.5% year over year, along with a stronger-than-expected Producer Price Index report last week and expected gains in the U.S. retail sales report this week, the dollar is riding high.

Meanwhile, the DXY was treading water early in the week, floating steadily around 96.3 through Tuesday (Oct. 6).

It then bottomed early on Wednesday (Oct. 7) around 95.7, then proceeded to climb very steadily from there.

Take a look at how it grew since bottoming on Wednesday... 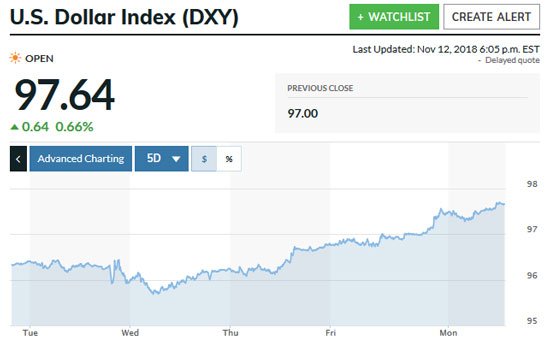 By Friday (Oct. 9), the DXY was flirting with 97, comfortably reaching that level by late in the day.

And the gold chart was nearly the perfect mirror. By Friday morning, gold prices had sunk to $1,207 before recuperating to close at $1,209.

Then on Monday (Oct. 12), another surge in the DXY pulled the index back up to 97.5, punishing gold as it scraped along, bouncing with great difficulty from the $1,202 level and finally closing at $1,200.

That's understandably made gold bugs fearful we're entering a bear market. But this is simply a short-term aberration thanks to the Fed and the DXY's gains over the last week.

This is just the start of gold's traditionally strongest season, and my gold price forecast based on the data I'm following shows that's just as true this year...

What Seasonal Strength Means for Gold Prices This Year

The markets are no longer in the hands of normal investors but in the hands of criminal manipulators such as JP Morgan with their office with experts???? in Jupiter, Florida. Goldman Sachs constantly publishing fake news. Consequently gold and silver markets suffer from this and your beautiful charts and statistics do not work. Those criminals sell short by throwing in the markets millions of dollars selling orders so that the markets tumble. Those criminals pick up the contracts which normal "small" investors are obliged to sell because they cannot pay the margin calls. That´s how the rotten system nowadays work in the USA. Poor USA citizens who are victims of fraudulent manipulations of the big Wall Street boys.