My recent position on silver was that it had become massively oversold.

We've since learned that money managers almost doubled their net short silver futures position in the previous week. That strongly suggests that speculative shorting of silver from its latest high near $14.80 helped push the metal below $14. 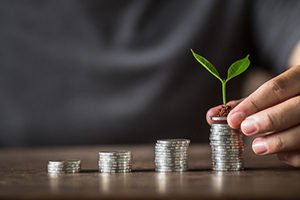 But silver prices quickly recouped about half that loss in just a few days, suggesting that bargain hunters have stepped in, helping provide a price floor.

It gets better too.

The gold to silver ratio, one of the most important indicators we follow, just hit a multi-decade high. And when this has happened in the past, silver usually plays rapid catch-up to gold.

The extreme pessimism in silver is likely to help sow the seeds for a big silver price rally that could take many by surprise...

Why the Price of Silver Has Breakout Potential

In that time, the price of silver ran up by over 3%. Stocks remained volatile, giving back most of their gains, while bonds benefited from buying as investors sought shelter. The yield on the 10-year Treasury note dropped from 3.16% to 3.06%.

Here's a look at the dollar index's slide over the last week... 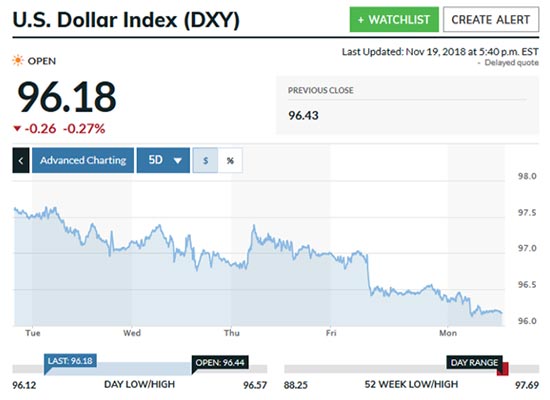 It was a round trip that likely shook out more weak hands, leaving still fewer silver holders with conviction.

I think this price action along with the gold to silver ratio I mentioned earlier bodes well for silver prices going forward.

But there's even more reason to be bullish on silver...

Why This Is Just the Start of a Silver Price Rally