We'll tell you all about it after showing you these five stocks with growth potential... 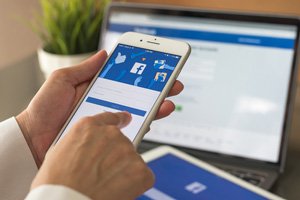 The old way of advertising meant companies had to cast a wide net - think of a billboard on a crowded highway - and hope their target customers saw it. Now the same companies can pay for ads that show up directly on their target's screen as they browse the web, and they don't have to waste any extra money advertising to people who aren't interested.