The mainstream media is lamenting how millennials are destroying everything from Applebee's restaurants to disposable straws. But spotting where this young, increasingly wealthy cohort is spending their money can be hugely profitable for you...

Back in 2006, legendary real estate investor Sam Zell realized something critical about millennials: They were putting off getting married and having kids far longer than any previous generation.

He also knew they preferred living downtown in big cities. 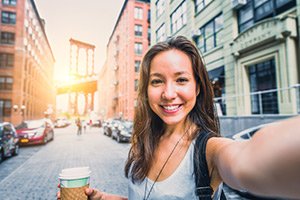 And being right when everyone else was wrong was how Zell amassed a $5 billion net worth.

Zell bought up office and business properties at pennies on the dollar in the 1980s and 1990s when no one else wanted to touch them. Not only was he right, but he sold his company, Equity Office Properties, to Blackstone Group LP (NYSE: BX) at the top of the market in 2007 for $39 billion.

But then he spotted another trend everyone was missing. When housing prices collapsed after the financial crisis, he began buying apartment buildings in center city locations.

Downtown - with its vibrant nightlife and 24/7 amenities - was the place to be.

After the financial crisis, the big cities' real estate markets, especially those with tech or financial businesses, recovered much quicker than the suburbs and rural America. Downtown had the best restaurants, the best nightclubs, theaters, and even sports stadiums just a few blocks away.

Most important to millennials, downtown America had the jobs. Zell spotted all this in advance and made yet another fortune on this trend.

Now, millennials are shifting their living preferences again, and it's creating the same sort of moneymaking opportunities Zell saw back in 2006.

According to Money Morning Special Situation Strategist Tim Melvin, this younger generation is finding new destinations to live, work, and raise a family at a fraction of the cost.

And one stock that offers a massive dividend yield of 7% is poised for monster gains as this trend accelerates...

Millennials Are Moving Away to Smaller Towns

Center City USA - the sprawling downtowns - will remain in high demand, according to Melvin.

It is still where all the action is.

If you're single or a couple putting off having kids, downtown will always be the place to be. However, more and more older millennials are peeling away from these locations.

"Some of the leading edges of the millennial generation, those that are 35 to 39 years old, are starting to have families," Melvin said. "The high price of center city living is not as attractive when more of your evenings are spent with a baby monitor and a ball game on TV."

Melvin says that millennials are reconsidering the 24/7 urban lifestyle in the big city.

Small cities have a lot to offer.

"There is still good theatre, many of the smaller cities have professional sports teams, there is fine dining and a decent nightlife," he said. "There are also good public schools, preschools that do not require a second mortgage, and it is a lot cheaper. There is not as much traffic, crime is generally lower, and there are jobs."

This subtle shift in taste is making cities with 500,000 residents or fewer attractive destinations.

And today, we're going to show you how to profit off this emerging trend...

How to Play the Millennial Migration for Double-Digit Gains