With stocks flat on the year, it's becoming more difficult for investors to find winning stocks.

Ask them how they feel now. 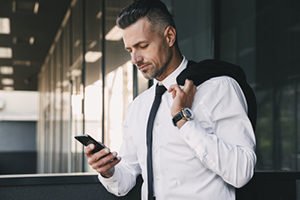 While the market might be treading water right now, it's not impossible to find winners. And some of the biggest short-term gains in 2019 could be made thanks to mergers and acquisitions.

Compare that to the 1.75% loss of the Dow so far in 2018, and you see why acquisitions and large investments are such game changers for shareholders.

All you need to do is be in the right place at the right time.

And for 2019, we're going to show you how to set yourself up for success, as we've identified three potential takeover targets.

Now, there's no guarantee any of these firms will be purchased, and the stock prices could be volatile throughout 2019, like we've seen with the broader market at the end of 2018.

Never invest what you can't afford to lose.

However, if you understand the risks, this could be your shot at real moneymaking returns in a short time...

Barnes and Noble Inc. (NYSE: BKS) was originally called Arthur Hinds and Co. in 1886, and the bookstore was known as an innovator in the 1970s.

However, the brand has struggled thanks to Amazon.com Inc. (NASDAQ: AMZN) and internal scandals.

As of May 12, 2018, sales have slid for 11 straight years. Being located near malls, which are seeing massive declines in traffic (25% of malls are expected to be closed by 2022), hasn't helped the company and its more than 600 retail locations.

Many customers simply prefer to click a few buttons on Amazon and have their book waiting in their mailbox in a day or two, as opposed to spending an hour driving to a store, looking for parking, and trying to find a book.

It wasn't shared exactly what policies he violated, but he was only on the job for two years.

His predecessor, Ronald Boire, was fired in 2016.

It's hard for a company to keep innovating and increase sales if CEOs are constantly leaving.

Of course, BKS could still make a solid acquisition target. It's a well-known brand and sells over 190 million physical books every year.

So you can get paid a massive yield and could earn a smaller premium if Barnes and Noble is sold.

A buyout could send the stock price higher, but this isn't a stock worth holding long term because of the lack of leadership and slumping sales.

In fact, this company could be next on Jeff Bezos' shopping list.

And as we've seen with Whole Foods, this could create a double-digit profit opportunity in a single day...

Sprouts says its customers are:

Most of its foods are minimally processed and free of artificial flavors, colors, and preservatives.

And it doesn't matter if this food costs consumers a little more...

In a 2015 Nielsen Global Health and Wellness Survey, 88% of the 30,000 individuals polled said they were willing to pay more for healthier food.

In the coming years, the demand for healthy food is only going to increase...

As of 2014, the leading cause of death in the United States is heart disease. Also, 40% of American adults were considered obese, and 20% of adolescents were obese in 2017, the highest U.S. levels ever recorded.

Aside from regular exercise, reducing stress, and avoiding smoking, diet plays a key role in protecting the heart.

Sprouts sells products like GoodBelly Probiotics, a dairy-free probiotic shot with no sugar added that is non-GMO, soy-free, and vegan. Probiotics are the "good bacteria," which are known to help balance digestive systems.

A lack of good bacteria can lead to digestive issues, allergies, mental health problems, and obesity, according to HealthLine.com.

And because of shifting consumer demand for organic food and ingredients, Sprouts is a prime takeover target...

Sprouts had an 18-month delivery partnership with Amazon, but that ended on May 1.

However, if AMZN CEO Jeff Bezos wants something, he's going to get it...

To combat Amazon, Walmart is also making a push in the food industry. In 2018, WMT planned to roll out meal kits in 2,000 stores. Walmart has also partnered with Instacart for its Sam's Clubs retailers to offer food delivery in several states.

A grocery chain like Kroger Co. (NYSE: KR) could also be interested in purchasing Sprouts, as it is currently on a spending spree to boost sales, like its recent investments in A.I. and technology.

But even if Sprouts isn't sold right away, there's still reason to be bullish on the grocery store in 2019...

In the next 12 months, RBC Capital Markets expects the SFM stock price to climb to $32 per share.

The best-case scenario would be the Sprouts stock price climbing 30% in the next 12 months, and then Amazon paying a premium over that to acquire SFM at the start of 2020. If it could climb 21% like the Whole Foods Stock price after an acquisition offer, that would be a 50% profit in a little over a year.

That's a stellar return for just a year.

And while Sprouts has us excited, we uncovered a potential triple-digit profit opportunity in 2019 that's really making us drool...