Even though more than 30 states have some form of legal marijuana, it remains illegal on the federal level. But now that former Attorney General Jeff Sessions is out of office, that could change… 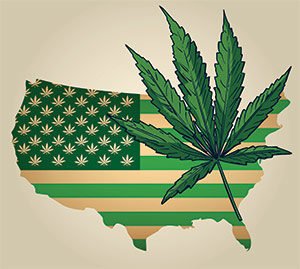 That's why, frankly, his recent resignation is excellent news for investors in marijuana stocks.

When Jeff Sessions was the Attorney General, he often expressed opposition to the legalization of marijuana. In fact, he's notorious for saying that "good people" don't smoke cannabis.

So while states continue to legalize cannabis – like Michigan just did in November – Sessions resisted it at the federal level and demanded federal laws be enforced in legal cannabis states.

And the federal prohibition keeps a lid on the true potential of some of the best cannabis stocks.

For example, since banks are federally regulated, they're reluctant to do business with these fast-growing companies. That means cannabis firms have higher expenses just to keep their money safe. Even then their money isn't federally insured the way banks are.

That's why the end of federal prohibition will be so lucrative for companies and investors alike.

But what comes after Jeff Sessions has us even more excited…

What's Next for Cannabis Policy After Jeff Sessions' Resignation

Jeff Sessions can't use the United States Department of Justice to seek out and potentially prosecute marijuana growers who are in states where marijuana is legal.

He can't go after banks and other financial institutions who do business with marijuana growers.

He can't threaten the states where marijuana is legal.

Early in 2018, President Trump indicated that he favored of eliminating the federal ban on cannabis.

We don't know who the next attorney general will be yet, but it's unlikely they'll be as antagonistic toward the industry as Sessions was.

That makes right now an excellent time to jump into the cannabis market, because once federal prohibition ends, billions of dollars could come flowing in.

And we've got exactly what you need to get started…