Forget whether Democrats or Republicans got the most votes during the U.S. midterm elections held in November.

Marijuana was the clear winner.

In fact, observers are calling what happened a "green wave," both in terms of the increasing legalization of cannabis and the money legalization is going to bring marijuana companies and investors. 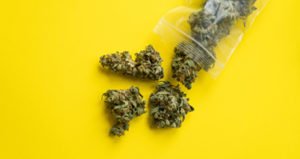 Four states had measures on the ballot to legalize pot. And three of them passed.

In short, it was a big night for legal marijuana.

A Good Night for Marijuana

Two-thirds of Americans want some form of cannabis legalization, according to the National Cannabis Industry Association.

But for many years, politicians were oblivious.

That's all changed. The midterms made crystal clear that the green wave is here to stay.

It wasn't just measures, though.

It was also Congressional representatives.

In Minnesota, governor-elect Tim Walz (D-MN) is a committed proponent of medical cannabis specifically for veterans of the military.

In Michigan, Haley Stevens (D-MI) was elected to the House of Representatives, with a platform supporting the declassification of cannabis from being a Schedule 1 drug.

In fact, another prominent politician has gone "all in" on cannabis...

Democrats took control of the House and Republicans maintained their grip on the Senate, but another winner of the 2018 U.S. midterm elections is the cannabis industry. Aside from electing political candidates, citizens in six states had measures related to the legalization of cannabis.