The Dow Jones today is trying to rebound from a Wednesday rout that followed the unsurprising decision by the U.S. Federal Reserve to raise interest rates. 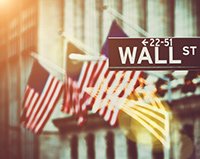 Investors remain extremely grim about the prospects of the Fed's plans to hike rates two more times in 2019. The hike comes at a time when the central bank reduced its growth estimates for the U.S. economy.

The Fed also indicated that it will continue to reduce its balance sheet, despite the prospects of lower economic growth.