The Dow Jones Industrial Average kicked off 2019 with a projected 370-point loss in pre-market hours. Investors are looking to put a brutal December behind them and search for positive indicators that help bolster the Dow, Nasdaq, and S&P 500. However, negative economic news out of China set the tone on Wednesday morning.

The Caixin/Markit Manufacturing Purchasing Managers' index (PMI) fell from 50.2 in November to 49.7 in December. Any figure under 50 signals that China's manufacturing sector is contracting. This was the first contraction in 19 months, as concerns about the ongoing trade dispute between China and the United States continue to weigh on economic sentiment across the country.

Money Morning Insight of the Day: Catastrophe Ahead to Affect 176 Million U.S. Investors

The greatest economic catastrophe is about to blindside us all.

Decades ago, corrupt money managers and politicians buried a $6 trillion ticking time bomb in the heart of the U.S. economy – and when it blows, scarcely a soul will not be affected.

You need to start preparing now, because when this bomb hits, you'll be scurrying to pick up the pieces. 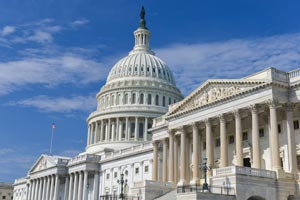