The Dow Jones Industrial Average fell 285 points Thursday morning after Apple Inc. (NASDAQ: AAPL) slashed its guidance for the current quarter. The firm said it expects quarterly revenue to come in at $84 billion, well below the previous range of $89 billion to $93 billion. The figure also badly misses the average Wall Street estimate of $91.5 billion in revenue. 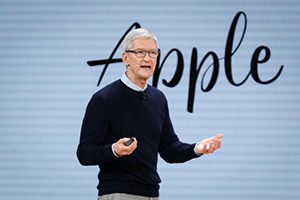 Money Morning Insight of the Day: This IRS Directive Could Mean Billions Are Now in Play

And by implementing a simple investment strategy, you can collect them each and every month. At this moment, Americans are adding their names to the distribution list - and you can too.