After a year-long bear market, many of the cryptocurrency predictions in the mainstream media foresee the decline ending with a thud: irrelevance at best, death at worst. 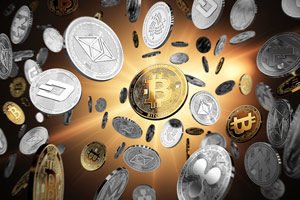 But pronouncements of the end of crypto are premature. Much will happen in 2019 to prove that it's a mistake to give too much weight to the bursting of 2017's speculative bubble.

These developments will show cryptocurrencies are here to stay, both as a technology and as an asset class.

This space will also show signs of maturing as it grows out of its "Wild West" phase.

Here are my cryptocurrency predictions for 2019…

Wider Acceptance as an Asset Class

One thing we'll see very early in the year is the arrival of two of the world's biggest stock exchange companies – the Nasdaq (in a partnership with VanEck) and Bakkt, a unit of Intercontinental Exchange Inc. (NYSE: ICE), which owns the New York Stock Exchange – in the Bitcoin futures markets.

This strikes me as a big deal for several reasons. The first is that if these powerful entities believed cryptocurrencies were on their way out, they would have scrapped this idea. Both Nasdaq and ICE obviously believe that money can be made by offering crypto futures.

Clearly, these major financial institutions believe cryptocurrencies will be around for the long haul.

It also means that by early 2019, Bitcoin futures will be trading in four distinct markets (the CME and CBOE being the other two).

The Bakkt futures market is especially momentous in that those contracts will be the first to be settled with the underlying Bitcoin, not U.S. dollars. The ability to manipulate markets will be limited because traders will need to pony up actual Bitcoin (as opposed to betting on price moves with U.S. dollars). And market manipulation has been the chief reason the U.S. Securities and Exchange Commission (SEC) has so far denied all incarnations of a Bitcoin ETF.

Speaking of which, the SEC has been right to be cautious on approving an exchange-traded fund based on Bitcoin. But the pressure will build in 2019, starting with the expansion of the Bitcoin futures markets.

The increased involvement of Wall Street in Bitcoin-related investing and the reality that all markets suffer some degree of manipulation means the time has come for the SEC to approve the first Bitcoin ETF. And with one member – Hester Pierce – on the record as favoring approval, I like the odds of this finally happening this year.

Another development that will help draw more big investors into cryptocurrencies will be the rise of top-name custodians – trusted financial institutions with the ability to hold and store crypto securely for others.

This is similar to the way investments in physical gold are handled. And while some crypto companies such as Coinbase and the Winklevoss twins' Gemini Trust Co. do offer custodial services, many institutional investors are waiting in the sidelines until the veteran custodians, such as State Street Corp. (NYSE: STT), jump into the arena. And the odds are high that will happen this year.

Blockchain Is More Than a Buzzword

No doubt you've heard talk about the blockchain, the technology underlying Bitcoin and many other cryptocurrencies. It matters because it's the foundation on which crypto is built. And because it's software, it has almost limitless potential to evolve.

To me, one of the most encouraging things about 2018 was that work on blockchain development never wavered, even as crypto prices were slipping. In fact, many key developers have found a silver lining in the crypto bear market.

"If anything, the calming of the hype and frenzy helps us because there are fewer distractions and it's a better time to keep on building," Lightning Labs CEO Elizabeth Stark recently told CoinDesk.

While the media rarely talk about this aspect of crypto, its future ultimately depends on the progress of the top projects, such as Ethereum, XRP, Cardano, IOTA, and Bitcoin's Lightning Network. And all will continue to move forward in 2019.

Meanwhile, we're also stuck with hundreds of useless altcoins – cryptocurrencies created with no clear purpose (or simply to enrich their creators). While we may not be rid of all of these in 2019, the extinction of these superfluous altcoins is likely to accelerate this year.

What are the names of the 5 BlockChain ETF's that you mentioned in the video? Please list them for me and others that are interested? I know that Crypto Currencies are the best way to be exposed to the BlockChain. I am good on that end, just wanted to be well rounded in
my investments. Any help would be much appreciated. Thank you

dzeiler_admin
Reply to  Jason A Knops

Thanks for reading Money Morning. I discuss all five blockchain ETFs at length here: A Blockchain ETF Is the Best Play for This $3.1 Trillion Market.

I believe cryptocurrency prices can shoot high when users engage actively. It happens to be that people pick up motivation from many interesting cryptocurrency projects which are evolving. Recently, Minteme is one of the few cryptocurrency exchanges that provides a social platform for traders to interact with token creators and other traders.