But what I like more than a sizzling steak are tasty profits.

That's why I want to talk about restaurant stocks, which are on the verge of generating huge gains in 2018.

The restaurant industry has largely slipped under the radar due to the mainstream media's obsession with tech stocks.

In reality, restaurants offer strong, inexpensive cash flow and access to real estate, and they perform well when Americans are spending their discretionary income. 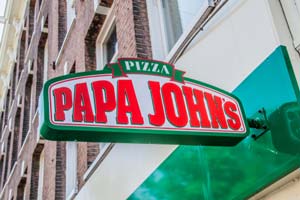 And while the restaurant industry has been under the same kind of pressures facing brick-and-mortar retail, there are three restaurant firms that have room to run much higher. I don't care how many meal-kit companies, delivery apps, or pop-up burger joints that you throw at them, either.

Most importantly, they're right in the crosshairs of hedge funds, private equity firms, or rival companies that would love to buy them at a fraction of their real value.

That's how we get those juicy profits nearly overnight…

Top Restaurant Stocks, No. 3: Jack in the Box

In March 2018, Jack in the Box Inc. (NASDAQ: JACK) sold the Qdoba Restaurant chains to a private equity firm.

Then in December, the company announced it's looking for a buyer in an effort to stabilize its finances. Shares of the stock were off about 20% last year, while the industry's growth was just short of 8%.

That downturn came despite the company's announcement of a $200 million stock buyback last May.

Billions Are Now in Play: Millions of Americans could collect "Federal Rent Checks" – to learn how to claim your portion of an $11.1 billion money pool using this backdoor investment, click here now.

This has put Jack in the Box in a perfect position for a takeover – one that would be incredibly profitable for shareholders.

The hamburger chain has roughly 2,000 locations.

These would provide a buyer with broad customer exposure across the nation. This would help diversify the portfolio of companies like Inspire Brands or Restaurant Brands International.

Any acquisition like this could propel Jack in the Box's stock to new highs. In fact, analysts believe that JACK could jump from today's price of $80 to $105 with the right stimulus.

That's a 31% gain – a strong return. However, the next top restaurant stock could jump even higher…

It was a rough year for Papa John's International Inc. (NASDAQ: PZZA).

However, we're moving into territory where a new owner could quickly re-instill confidence, engage in a turnaround strategy, and give the company new life.

According to a Bloomberg Survey of 20 M&A/event-driven trading desks, Papa John's was among the top three most likely firms to be purchased in 2019.

And that's great news for investors. A buyout could send the company's stock rocketing back to its all-time high of $68 – a 61% gain over today's market price of $41.

While that's a great return, my top restaurant stock could shatter those estimates.

It's an operator of some of the most popular dinning chains in the country – and it has much more to offer than both Papa John's and Jack in the Box.

In fact, its assets could multiply shareholder profits exponentially over the next year…