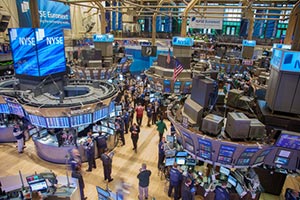 The Dow Jones Industrial Average opened more than 200 points higher Friday, as markets geared up for a busy day of earnings reports and hopes for an end to the government shutdown.