Jack Bogle passed away at the age of 89, but he didn't leave us without some parting advice.

Bogle revolutionized investing through his passive approach, but he rang the warning bell on ETFs before he passed.

The founder and retired CEO of the Vanguard Group still thinks that it's a good idea for investors to be in the market for the long term, but he has some grave concerns about the impact that ETFs are having on the broader market.

In a recent Wall Street Journal article, Jack Bogle predicted that the top three passive funds are close to having effective control of U.S. stocks. In other words, the top ETFs are going to become the largest shareholders of some of the top publicly traded companies. 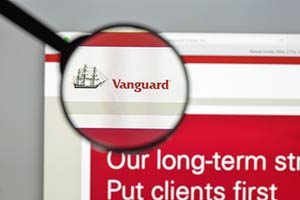 According to Bogle, "a handful of giant institutional investors will one day hold voting control of virtually every large U.S. corporation."

That means index funds could exercise effective control over many companies, something they are not designed to do. Active managers weigh in on the decision making of firm's managers and even seek board seats to direct the company. But passive managers are merely there to reap the rewards of the market's long trend upward.

This could completely change corporate governance and the stock market as we know it, and Bogle warned something must be done before reaching this critical point.

And while Bogle warned what giving too much control to ETFs would do to the stock market, ETFs could also weigh down your portfolio…

Why You Should Take Caution with Passive Investing

And when the market becomes volatile and takes a tumble as it did in December, average market returns could mean big losses, like the 9% plunge the Dow took.

That's why it's dangerous for investors to assume that passive investing is somehow safer or less risky than traditional portfolio management.

Wall Street has a herd mentality, and there is a collective message being broadcast to the masses that it's going to be profitable long-term to buy and hold a low-cost index funds.

According to Money Morning Special Situations Strategist Tim Melvin, there is a unique flaw in this type of investment decision.

Tim believes that too many investors feel that it's "safe" to passively invest and that they'll come out ahead if they just buy and hold for the long haul.

This isn't the case.

You could lose big depending on when you enter the market. Just ask the investors who jumped in at the end of the bull market in the 1990s versus those who took the leap at the nadir of the 2008 financial crisis.

In reality, over the past two decades, the market has only produced a 4% annual return. While there were three major bull markets, two bear markets also slashed share prices by nearly 50%.

If you decided to buy an index ETF that was "safe," when you bought it could determine whether you broke even or made some money.

That's why investors need to have more tools in their arsenal than merely hoping for average returns. You can control not only when you enter and exit a certain investment, but also choose which investments are right at a particular time in the market.

And that's the secret to not just beating the market, but getting rich…

Lessons Learned from the Rich

I am confused. Other than WHEN the buy or sell price is determined, how do ETFs differ from indexed mutual funds? Did the king of mutual funds leave the building without explaining the liquidity advantages of ETFs?