The Dow Jones Industrial Average is on the move as investors digest the latest round of earnings from Apple Inc. (NASDAQ: AAPL). The U.S. Federal Reserve plans to announce its latest decisions on interest rates and the state of the U.S. economy. 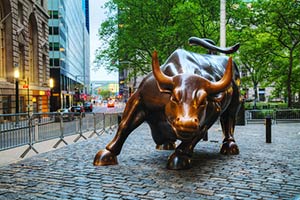 The market experienced a wild December after the Fed hosted its most recent meeting. Look for Fed Chair Jerome Powell's press conference this afternoon and whether he says they will continue to be "patient" on rates.

Pay close attention to utility companies across the Midwest as they try to keep up with power demand. At sunrise this morning, temperatures in Chicago hit -19 and will continue to fall during the day. But it gets worse. The ReelFeel temperature, factoring in wind chill, will hit -51 degrees in the Windy City.

But the "Smart Money" had another great year... and stayed rich?