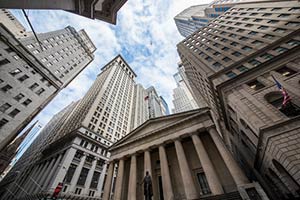 The Dow Jones Industrial Average was up modestly in pre-market hours after the U.S. Labor Department released its January jobs report.

The monthly update on U.S. employment factors in last month's government shutdown. In addition, markets are digesting the latest updates on trade talks between the United States and China.