For 60 years, the World Health Organization (WHO) said cannabis should not be used as a medicine. But now, the WHO is on the verge of downgrading its restrictions on cannabis.

The organization is now endorsing cannabis use for medical treatments, calling it "beneficial," and completely ending restrictions on CBD. 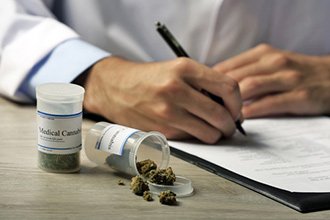 The WHO Expert Committee on Drug Dependence recommended that marijuana products should be removed from the Schedule IV category of the 1961 U.N. Single Convention on Narcotic Drugs. Just to put that into context, Schedule IV includes fentanyl, heroin, and other dangerous opioids. The U.S. government treats cannabis similarly.

The WHO is one of the biggest global authorities on health, and its decision could trickle down to countries all over the world, including the United States.

The Inevitable Explosion of Cannabis Growth

There is no question that politicians make decisions by sticking a freshly wet finger in the air to test the political winds of the voter. And with the wave of legalization sweeping the country at the state level, it's only a matter of time before federal politicians catch the bug too.

In fact, Melvin predicts that the current administration will follow the WHO's lead and reschedule cannabis during the 2020 election campaign.

The end of federal prohibitions could unlock another massive windfall for cannabis investors. Not only will states with legal cannabis get a boost now that business owners don't have to worry about draconian federal restrictions, but even more states will be incentivized to follow the trend. Plus, businesses will be freer to operate across states lines, allowing their growth potential to skyrocket.

Melvin likens the growing industry to the tech sector in the 1980s, where young and hungry companies were pioneering a new way to do business as society changed. That's why Melvin believes the legal cannabis industry will eventually grow to rival the alcohol industry in its size and scope.

And just like within the alcohol sector, there are different qualities and varieties. Cannabis plants can be bred to satisfy specific needs by varying concentrations of its active compounds, such as THC and CBD. You'll even see brands catering to budget consumers while luxury brands create products for high-end aficionados.

While there will be evolution, consolidation, and mergers, cannabis companies are in great position to make a bundle of cash. And like the world's top soft drink maker, Coca Cola Co. (NYSE: KO), companies will own several brands and different classes of cannabis products to really fuel their growth.

Suppliers to the industry are really the companies that get Melvin excited. Lab supplies, financial services, and other support companies will reap the rewards of what's to come. Even REITs may arise that own the farmland or facilities for processing.

Once cannabis becomes legal, bond financing – even high-yield financing – will open up. The infusion of debt capital will keep the momentum going, if not kick cannabis into an even higher gear.

That's exactly what Melvin is expecting once the federal government follows the WHO's lead in descheduling cannabis.

Right on cue, Sen. Ron Wyden (D-OR) introduced such legislation at the federal level, not coincidently named S.R. 420, which may wind its way through Congress just in time for a presidential signature next year.

And we fully expect U.S. President Donald Trump to sign it…